Celebrating Women Through Dance – The Women of Whitey’s Lindy Hoppers 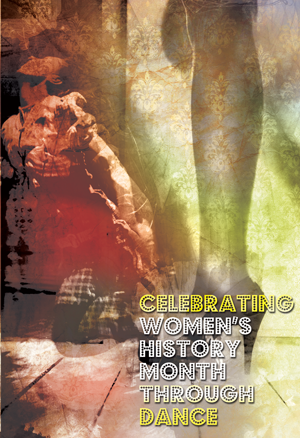 The Archives of Early Lindy Hop lists 18 women that danced in the famed Whitey’s Lindy Hoppers, but how many can you name?  It has been difficult to find information on the women themselves, as often they have been recorded in history through the men they danced with, but there are some great articles out there. Bobby White at Swungover is doing some great research in the series ISDFNKA (Incredible-swing-dance-followers-no-one-knows-about). I also found that Savoyballroom.com has some wonderful articles on some of the members of the team. Meet the women of Whitey’s Lindy Hoppers:

Louise “Pal” Andrews –  Louise Andrews was born on February 13, 1924, in Newark, New Jer­sey; she acquired the nickname from her godfather, who called her his ‘pal.’ Andrews taught herself to dance by watching the dancers at the Apollo and gained a reputation that caught the attention of Whitey’s team. At 15, she was the youngest of the crew and idolized the other dancers, who included Norma Miller. She worked at the Roxy and in 1940 went on a road trip to the Midwest with a new Hollywood Hotel Revue. Her new partner was Snookie, who had been on the Australia trip; the other two couples were Al Minns & Willamae and Esther & Billy. In March 1943, Andrews went to California to dance with Pepsi Bethel in the show Born Happy, starring Bill Robinson.  While her life as a Lindy Hopper flourished, she often put her dancing career ahead of her personal life.  She was briefly engaged to White’s son Alan, but after a few weeks returned the ring. “I loved dancing and didn’t want anyone tagging around behind me,” she says.

Eunice Callen – Eunice had learned to dance the way most people in Harlem did–by hanging out on street corners and trading steps with other kids.  She learned to Lindy Hop in 1936 when she boldly walked into a club and announced to the room that she was going to enter the Harvest Moon contest and wanted to learn the Lindy.  It was Herbert White who challenged the bold girl’s statement and hence Eunice became a Whitey’s Lindy Hopper.

Mildred Cruse – Millie Cruse, winner of the second Harvest Moon Ball, was one of the smoothest of the original Lindy Hoppers. Millie danced with  Hopping Maniacs before joining the Lindy Hoppers,  worked the Cotton Club and toured the country with Cab Calloway’s band, and Europe with Teddy Hill’s.  Upon their return in the fall of 1937 Cruse left the Lindy Hoppers and moved to Detroit, where she married William Martin in January of 1938.  After­wards, the two created their own dance act.

Elnora Dyson – Becoming a Lindy Hopper was a dream come true for Elnora Dyson, who was with the group off and on between 1938 and 1943.  Born in 1920 in Beaufort, South Carolina, Dyson was taken by her aunt to Massachusetts at age two.  Her aunt owned a ballroom named Roseland, in Hyannis, and Dyson soon began dancing. “I was the best dancer around,” Dyson says, “One time I entered a Charleston contest, and a girl came down from Boston who knew all the steps.  I only knew two steps, but I had the rhythm and won the contest.” Her first engagement as a Lindy Hopper was at the Savoy Pavilion in the 1939-40 World’s Fair; her partner was Sidney J. (“Jazz”) Richardson.  Later, she appeared at the Wayside Casino in Westport, Mass., the Roxy, the Apollo, and the Steel Pier in Atlantic City.  Once, she performed with Ella Fitzgerald in Bayonne, New Jersey.  The routine called for her and Oliver “Buckles” Washington to ap­pear alongside one of Whitey’s white couples, Jimmy Valentine, a one-legged dancer on crutches, and his partner Edith.

Naomi Waller – Naomi Waller’s brief but spectacular career in the late 1930’s and early 1940’s took her from the rural parts of South Carolina to Broadway.  Driven by a steely determination, which was tempered by a distinctly Southern sense of elegance and propriety, she swiftly ascended the ladder of artistic achievement.  Her first career move resulted from her father landing a job in the Philadelphia postal service which enabled Naomi to not only dance on the streets of a big city for nickels and dimes but to progress to winning children’s contests in vaudeville shows.

Dorothy “Dot” Johnson – Dot partnered with Tiny Bunch, and the two were like King Kong and Fay Wray. This humorous couple was immortalized by the photographer Aaron Siskind in his photo, At the Savoy (1935) part of the award-winning collection Harlem Document.

Ann Johnson – Ann appeared in Hellzapoppin’, Hot Chocolate and Killer Diller, but she is perhaps most famous for appearing in photos twice with Frankie in Life Magazine. One featured her anonymously in the amazing “Over the Head” shot of 1940 and the second in a 1941 photo, mid-air during an aerial sequence.

Norma Miller – Norma Miller is one of the most famous women of early swing dancing, and she has had a long and successful career.  From the start, she was a very creative dancer with her own, often comic, style and possessed an outstanding sense of rhythm. A vivacious and outspoken person, she was and still is always the life of every party. Norma has been in show business ever since those sidewalk days. After Whitey’s Lindy Hoppers disbanded in the early forties, she formed her own company in California, Norma Miller’s Dance Company and had her own show at the legendary Club Alabam in the Watts section of L.A.

Freida Washington – Freda is famous for being half of the partnership (with Frankie Manning) to perform the first air-step and as a member of the incredible Whiteys Lindy Hoppers.

Wilda Crawford – Wilda Crawford, the 1940 Harvest Moon Ball winner, was one of the most petite and energetic members of Whitey’s Lindy Hoppers. “I wasn’t one of your ‘Grade A’ Lindy Hoppers like Norma Miller and Frankie Manning,” she freely admits. “But I was with Whitey for about five years before breaking out on my own.” Crawford was extremely small, and Whitey’s first thought was to team her up in a comedy act with a talented, hugely overweight dancer named Tiny Bunch.  Later, Whitey changed his mind and paired Crawford with her childhood friend Thomas Lee.  Like the other Lindy Hoppers, both were know at the Savoy by nick-names.  Lee’s was “Tops,” while Crawford’s, for some long-forgotten reason was “Quack-quack.”