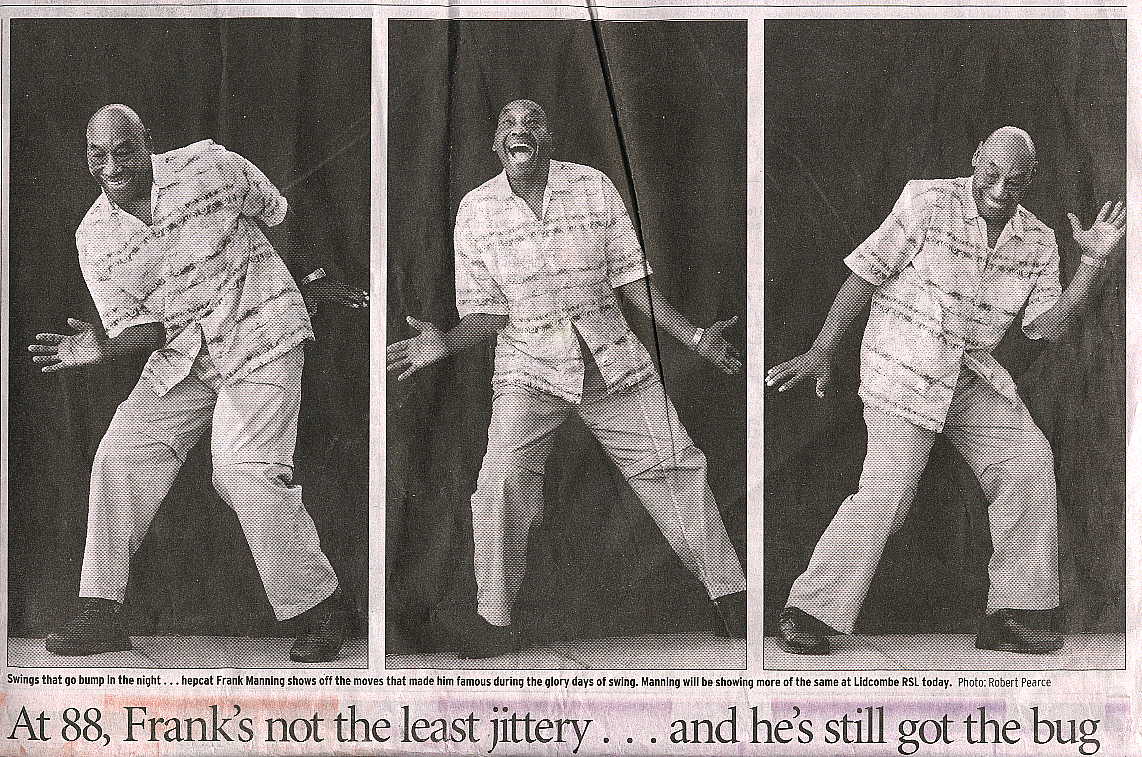 The Shim Sham Shimmy, Shim Sham or just Sham originally is a particular tap dance routine. It is credited to Leonard Reed, who originally called it Goofus, or to Willie Bryant. For swing dancers, today it is kind of line dance that recalls the roots of swing.

In the late 1920s and the 1930s, at the end of many performances, all of the musicians, singers, and dancers would get together on stage and do one last routine: the shim sham. Tap dancers would perform technical variations, while singers and musicians would shuffle along as they were able.

The Shim Sham is 10 phrases of choreography (each phrase lasting four 8-counts), so it does not usually take up an entire song. After the Shim Sham was over, the dancers then would exit either stage left or right, depending on what was agreed upon for that show. Today in the Lindy Hop scene, when the Shim sham is over , dancers typically grab a partner and break into lindy hop for the remainder of the song. During this portion of the song, the band or a DJ may call out “Freeze!” or “Slow!” instructing the dancers to either stop where they are or dance slowly, calling out “Dance!” to tell everyone to resumes normal dancing.