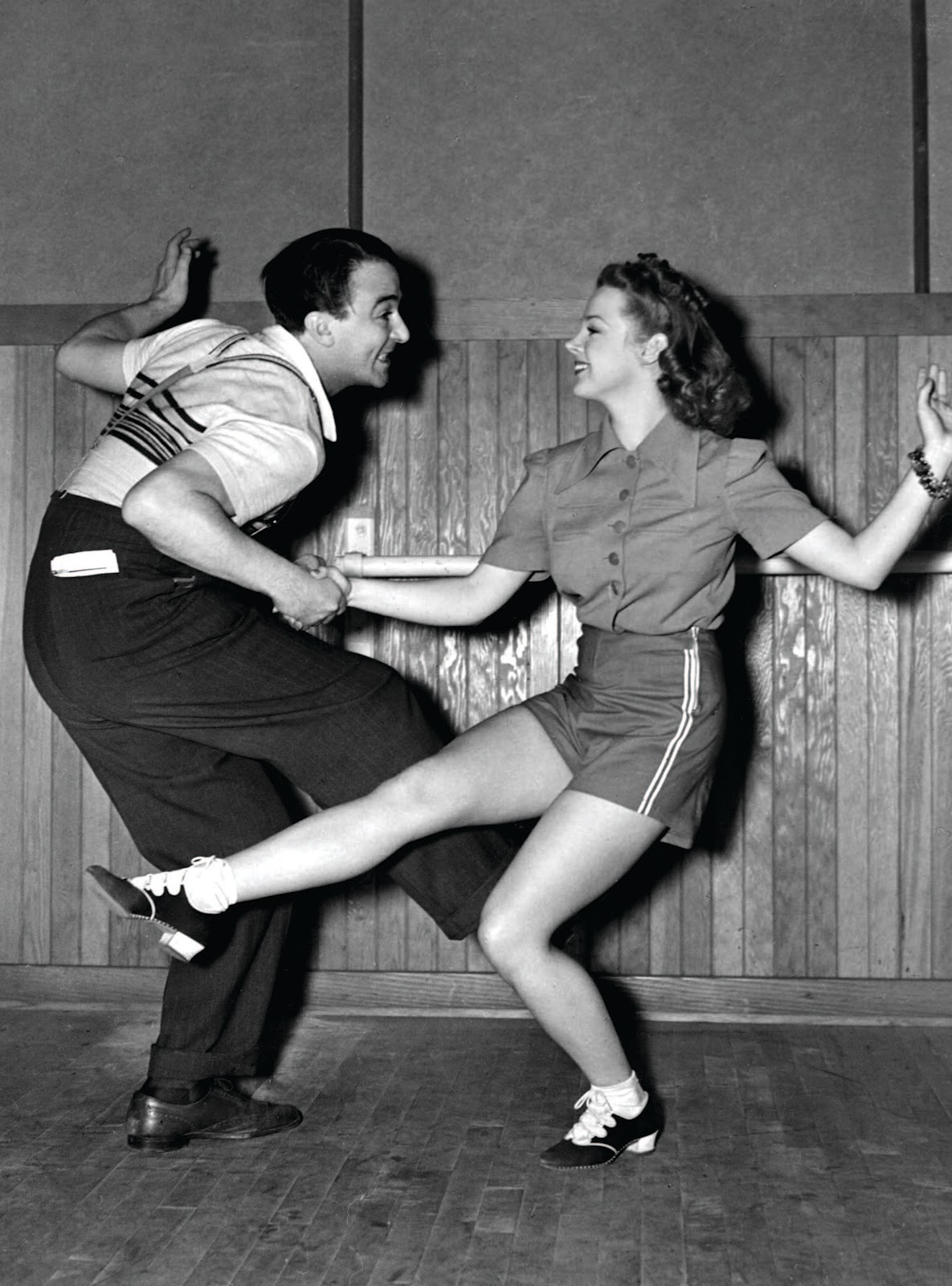 East Coast Swing (ECS) is a form of social partner dance that evolved from the Lindy Hop with the work of the Arthur Murray dance studios in the 1940’s. East Coast Swing can be referred to by many different names in different regions of the United States and the World. It has alternatively been called Eastern Swing, Jitterbug, American Swing, Lindy (not to be confused with Lindy Hop) and Triple Swing. Other variants of East Coast Swing that use altered footwork forms are known as Single Swing or “Single-step Swing” (where the triple step is replaced by a single step forming a slow, slow, quick, quick rhythm common to Foxtrot), and Double Swing (using a tap-step footwork pattern).

This form of swing dance is strictly based in six-count patterns that are simplified forms of the original patterns copied from Lindy Hop. The name East Coast Swing was coined to initially to distinguish the dance from the street form and the new variant used in the competitive ballroom arena (as well as separating the dance from West Coast Swing, which was developed in California). While based on Lindy Hop, it does have clear distinctions. East Coast Swing is a standardized form of dance developed first for instructional purposes in the Arthur Murray studios, and then later codified to allow for a medium of comparison for competitive ballroom dancers. It can be said that there is no right or wrong way to dance it; however, certain styles of the dance are considered correct “form” within the technical elements documented and governed by the National Dance Council of America. The N.D.C.A. oversees all the standards of American Style Ballroom and Latin dances. Lindy Hop was never standardized and later became the inspiration for several other dance forms such as: (European) Boogie Woogie, Jive, East Coast Swing, West Coast Swing and Rock and Roll.

In practice on the social dance floor, the six count steps of the East Coast Swing are often mixed with the eight count steps of Lindy Hop, Charleston, and less frequently, Balboa.