Dancing Through the Decades

Art, music, culture and politics are a few of the things that mark significant points in our history. Evolving trends and values can contribute to shifts in these social and cultural expressions. Dance is one such form that has played an important role in communities throughout time. Although Ballet, Waltz, folk dance and various regional styles had existed for centuries throughout the world, here in America, countless new styles emerged as a result of the rapidly changing landscape, economy and cultural identity of the nation. Listed below are some of the most popular dances to sweep America, along with the significant events that helped shape the dances in each era. 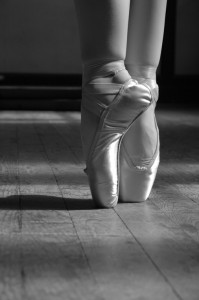 1900-1909
At the height of The Progressive Era another Industrial Revolution seemed to be underway as the turn of the new century brought the advent of the first radio to receive transmission, the first plane to take flight and Einstein’s first Theory of Relativity. Acrobatic dance,
The Boston and Bounce styles were popular around the country just as Black Bottom, (a dance that helped shatter the popularity of partner dancing) was introduced. 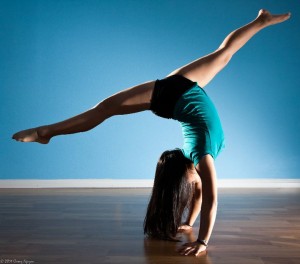 1910-1919
The decade America came of age, also known as the Ballroom era, is often called “The period in which America went dance mad”, because of the hundreds of new dances that made their way from poor black neighborhoods to the upper class ballrooms. During this period America became the most highly industrialized country and pop culture became a lucrative national product for the U.S. as people around the world began following our trends in music, fashion and dance crazes like the shimmy, the grind, the turkey trot, the bunny hug and the cakewalk. Dances like the Texas Tommy, foxtrot and Texas swing-out were all the rave as major events ushered in a time of tremendous change.

The Titanic sunk, World War I began, the U.S. federal government introduced the first personal income tax, and the first automobile assembly line appeared. Motorized movie cameras were invented as was the bra and gas mask. Prohibition began, which gave rise to bootlegging and other criminal activity, particularly amongst infamous gangsters like Al Capone. 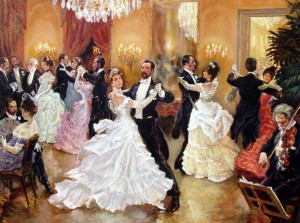 1920-1929
The Roaring Twenties, also known as the “Jazz Age” and “Flapper Era” was a period of indulgence, excess and sustained economic prosperity; or as some put it, unabashed hedonism. Television was invented, the first full color and sound movie debuted, and women won the right to vote. Louisiana’s black bottom dance re-surged in popularity after finding it’s way to New York’s Broadway stage, and the Charleston reigned supreme as it became synonymous with this glitzy, lavish period. 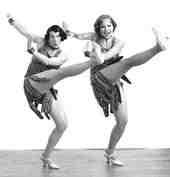 1930-1939
During this bleak period America reached a stand still from the paralyzing effects of The Great Depression, (which lasted throughout the entire decade). Penicillin and insulin were invented, the first jet engine and robot were built and The 21st Amendment ended Prohibition. Other swing dances like the jitterbug, lindy hop and balboa gained momentum during this time when the nation sought encouragement and escapism. 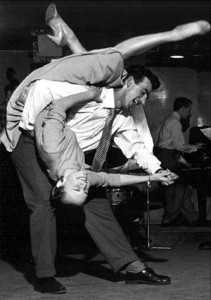 1950-1959
in the Fabulous Fifties as the post World War economy bounced back, advertisements pushed ideas of happy families with conservative values. Future cultural institutions like McDonald’s and Disneyland first opened and the first Barbie Doll debuted.
Originally pioneered by lesser-known artists, feel good Rock and Roll music exploded with cover acts like Elvis Presley, who drove the nation wild gyrating on The Ed Sullivan Show. Catchy tunes took rock dancing and music international while contemporary dance, cha-cha, hand jive, the stroll, the Madison and the bunny hop made their mark in America. 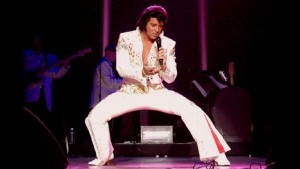 1960-1969
Flower power reigned supreme amongst the 500,000 people who joined together at the Woodstock Festival of 1969. This Love Generation spearheaded the Sexual Revolution, which helped popularize the catch phrase peace, love and rock and roll. The turbulence of the Civil rights movement sparked drastic social change and shaped the message behind the music, particularly the soulful Motown sound; whose timeless tracks became anthems for generations past and present. Rock and roll experienced its own major revolution with the British invasion of groups like The Beatles and The Rolling Stones. The swinging 60’s brought us worldwide dance crazes with song titles of the same name like the twist, the swim, the jerk, the pony, the monkey and the mashed potato. 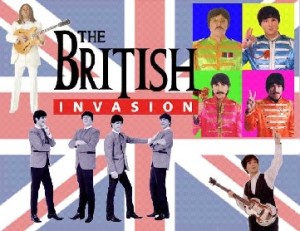 1970-1979
Disco Fever struck the nation in a complementary contrast to the leftover Hippie hold from previous years. On the surface these seemingly contrasting worlds seemed to share the sex, drugs and rock and roll adage, which also proliferated in the growing
rebellious punk scene. As the widely protested Vietnam War came to an end and The Women’s Liberation Movement gained momentum, the distinct fashion, music, and iconic disco dance moves of the 70’s were immortalized in the film phenomenon
Saturday Night Fever. Dance styles like contact improvisation developed, and popular songs like The Hustle and Bus Stop featured dances of the same name. 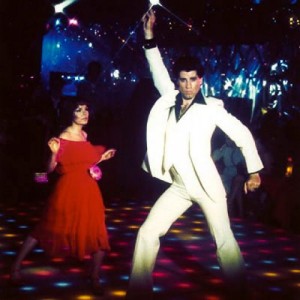 1980-1989
This decade of rapid technological innovation, and pop culture fads fueling industries, changed the way we lived and entertained our selves. VCR’s, personal computers and music recorders became commonplace while video games began to take over.
Although Hip Hop music and dancing had emerged decades prior, it gained widespread visibility in 80’s films like Breakin’, Krush Groove and Beat Street, where Break-dancing was introduced to the world. Other forms of pop dance were featured in the sudden wave of trendy dance flicks like Footloose, Fame, Flashdance and Dirty Dancing, which had soundtracks that were just as popular.
Audiences and artists alike all seemed to be doing fad dances like the lawnmower, moshing, voguing and the running-man.

But nothing could top the explosion of imagery, excitement and global phenomenon brought on by Michael Jackson’s record-breaking album sales and music videos. He ruled the air waves with groundbreaking collaborations, cinematography and of course dance moves, which are still mimicked by today’s top young artists. Although his achievements forever changed music and dance, and he went on to shatter more records, his incomparable and groundbreaking success continues to be synonymous with the 80’s. 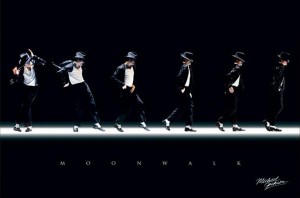 1990-1999
The last decade of the century drew speculation and worry of a catastrophic shut down called Y2K.
Continued technological and scientific innovation affected all aspects of daily life, including music and dance, where electronic sounds intermingled with other styles influencing the Rave scene. Hip Hop music and dance had tremendous crossover appeal becoming highly profitable in commercial adds, film and music videos. Dances like the Roger Rabbit, Cabbage Patch and more intricate choreography used by artist like Madonna, Janet Jackson, Britney Spears and other influential artist dominated the pop world. 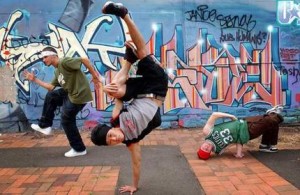 2000-2009
The new Millennium ushered in easier, faster ways to connect and communicate World Wide Web changing the way we accessed media and listened to music. With public forums online like YouTube making it easy to share music and video around the world, flash-mobs became a common form of group dance, as did line dances like the cupid shuffle, cha cha slide, the wobble and the cotton eye Joe. Other popular dance crazes fueled by internet videos were Beyonce’s Single Ladies dance, the crank that (Soulja Boy), jerkin’ and dub-step. 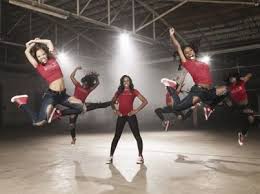 2010 –
Since the turn of the new millennium the biggest dance craze and the most viewed YouTube video of all time has been the infamous Gangnam Style dance, with LMFAO’s Party Rock dance not far behind. Dances like the Dougie, Harlem shake and twerking had come out decades earlier but saw a recent resurgence with viral internet videos. What does this say about the state of dance and music of our time? What will this and future decades be defined by? Only time will tell…