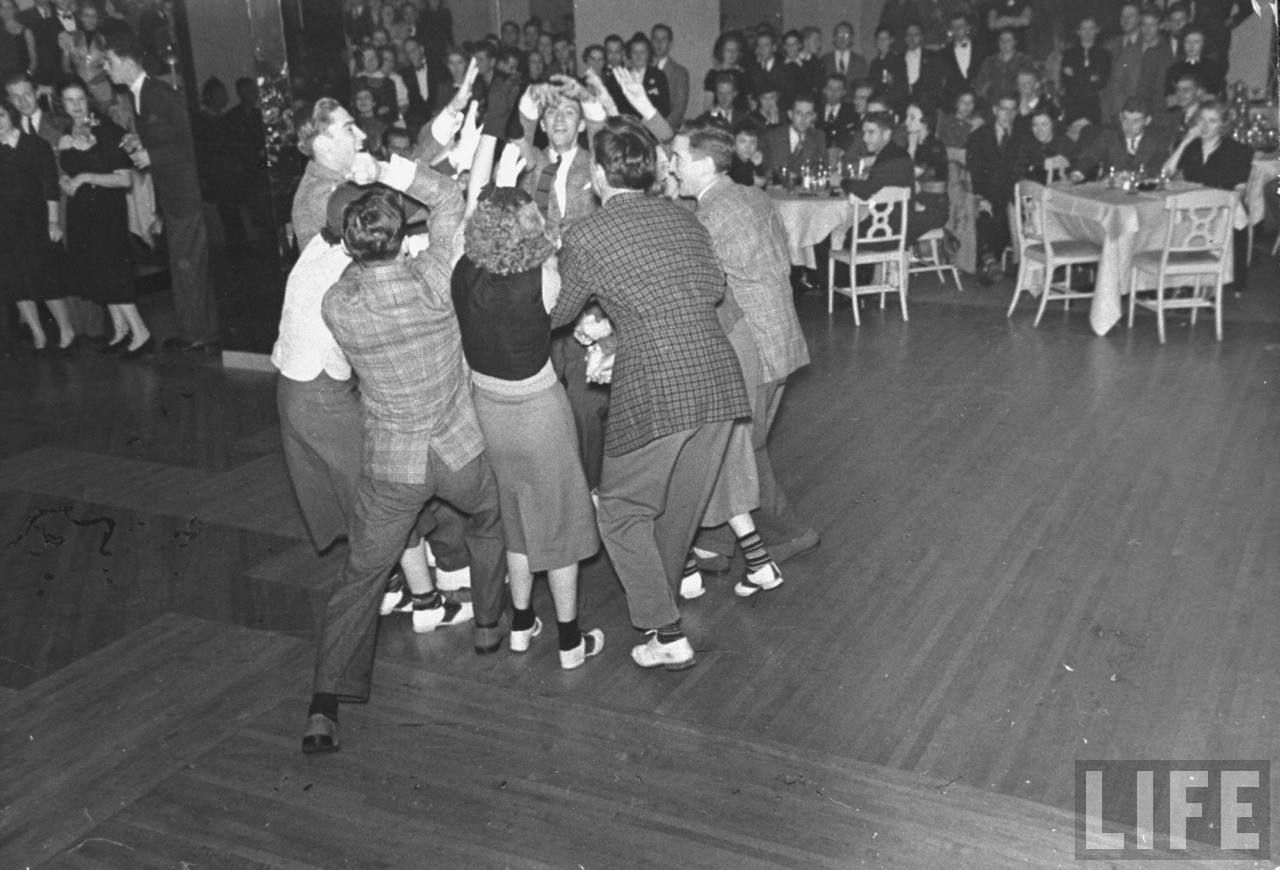 Click edit button to change this text.The exact origin of the Big Apple is unclear but one author suggests that the dance originated from the “ring shout”, a group dance associated with religious observances that was founded before 1860 by African Americans on plantations in South Carolina and Georgia. The ring shout is described as a dance with “counterclockwise circling and high arm gestures” that resembled the Big Apple. It is still practiced today in small populations of the southern United States.

The dance that eventually became known as the Big Apple is speculated to have been created in the early 1930s by African American youth dancing at the House of Prayer Synagogue on Gates Street in Columbia, South Carolina. The synagogue was converted into a black juke joint called the “Big Apple Night Club”.

In 1936, three white students from the University of South Carolina – Billy Spivey, Donald Davis, and Harold “Goo-Goo” Wiles – heard the music coming from the juke joint as they were driving by. Even though it was very unusual for whites to go into a black club, the three asked the club’s owner, Frank “Fat Sam” Boyd, if they could enter. Skip Davis, the son of Donald Davis, said that “Fat Sam made two conditions. They had to pay twenty five cents each and they had to sit in the balcony.” During the next few months, the white students brought more friends to the night club to watch the black dancers. The white students became so fascinated with the dance that, in order to prevent the music from stopping, they would toss coins down to the black dancers below them when the dancers ran out of money. “We had a lot of nickels with us because it took a nickel to play a song. If the music stopped and the people on the floor didn’t have any money, we didn’t get any more dancing. We had to feed the Nickelodeon”, recalls Harold E. Ross, who often visited the club and was 18 years old at the time.

The white dancers eventually called the dance the black dancers did the “Big Apple”, after the night club where they first saw it. Ross commented that “We always did the best we could to imitate the steps we saw. But we called it the Little Apple. We didn’t feel like we should copy the Big Apple, so we called it that.”