The Truth About Men and Dance

In the spirit of Father’s Day, let’s have a closer look at the sport of dance (yes I said sport), that traditionally many American men either haven’t done much of, or if they have danced, have been stigmatized for it. In previous posts I have examined the history and culture behind this, so now I would like to explore some of the common misconceptions about men who dance and counter them with reasons why every guy should give dance a try!

Male dancers are weak, non-athletic and just prance around
Quite the contrary, many male dancers, particularly ballet dancers, have to lift their partners over and over, often for several hours a day for performances and rehearsals leading up to them. Furthermore, they’re repeatedly lifting while leaping, squatting and moving around the stage with speed, precision and grace. Now imagine the average guy at the gym trying to shoulder press one hundred plus pounds while doing intensive cardio drills and coordinated steps simultaneously, for hours on end! This level of professional dancing requires as much strength and endurance as any other sport, and in some cases even more. Many of the former NFL football players that competed on Dancing With the Stars admitted that to their surprise, they found their dance training to be as physically strenuous as football. 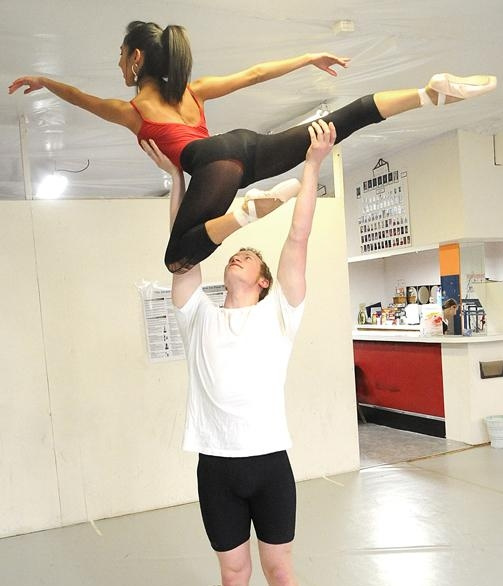 Male dancers are effeminate and or gay
Actually many male ballet dancers go on to marry beautiful female dancers (such as Tiler Peck and Robert Fairchild, along with many others). And for those that don’t, so what! Now for those who can’t wrap their minds around the idea of heterosexual male dancers and see it as an oxymoron, (sadly, I encounter them all the time), there are also numerous male backup dancers who have dated or married the female stars they’ve worked for. LeAnn Rimes, Jennifer Lopez, Britney Spears and former Spice Girl Mel B. have married their back up dancers, with Spears and Mel B’s resulting in children. While Jennifer Lopez, Christina Aguilera and Madonna have dated multiple male back up dancers. Dancing provided a living for these guys while leading them to the some of the most sought after women in the world. For the guys who think that certain women may be out of their league, learning to dance could change things around as it did for these back up dancers. So rather than worrying “If I dance, people might think I’m gay, guys can instead say, “If I dance, someday I might end up dating a beautiful pop star!” Or they could become like one of the many beloved male dancers who’ve gone on to be considered macho stars of music, film and TV such as Vin Diesel, Sean ‘P. Diddy’ Combs, Taylor Lautner, Jason Derulo, John Travolta, Channing Tatum, Christopher Walken and so on. Women find these Hollywood heavyweights and other men that can move like them super sexy!

Male dancers have to wear feminine clothing like tights
While ballet dancers wear tights, attire for other dance styles varies widely. Male contemporary dancers typically wear loose, flowing clothing; while Argentine tango and other ballroom dancers tend to wear formal suits, whereas most hip-hop dancers prefer baggy street clothes – which are as far from ‘feminine’ as one could get. Besides, what does it matter when so called ‘macho’ football players and jockeys wear tights as well, and wrestlers wear even less while basically rolling around on the floor groping each other?

People might judge or ridicule you
While this is unfortunately the case for some people, others can have a completely different experience. Ideally the people in your life who truly care about you should support your doing what makes you happy. If by chance they don’t, give them time to come around as you grow in skill, confidence, and they watch how dance can positively transform you. Ultimately it’s your life and your choice.

Dancers must start training when they are young to be good
Although it can be a great advantage in the professional world, it is not a requirement. While some guys may have gotten an early start in their training, there are others, including some professional dancer/choreographers that didn’t begin until much later in life. Some people have a natural ability that can be developed quickly, while others’ abilities must be cultivated over time. You don’t have to be highly trained or experienced to dance, as even the most uncoordinated individual, can become a great dancer with dedication and practice! 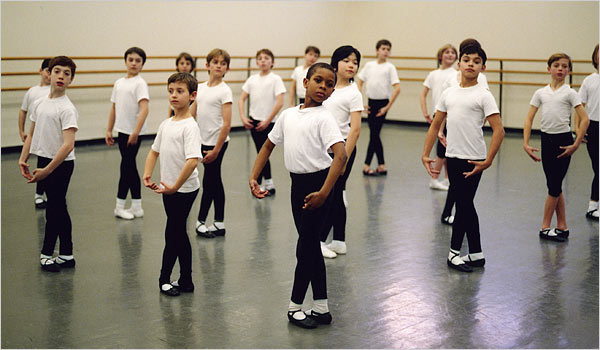 It is a highly social activity that can revitalize both your social life and love life
Although most people frequent dance socials to refine their dance skills, some preferring not to mix business with pleasure, others find it easier to meet new friends and potential dates in such fun, relaxed settings. While dance in itself can be a great ice breaker, the personal interaction and connections established also bring people together. In many classes guys may find themselves outnumbered and surrounded by women, which although uncomfortable for some, tends to be an added bonus for the average single man. However, if you’re already spoken for or don’t wish to use your dance circle as a dating pool, such settings can also be romantic to enjoy with a significant other. There are many other notable male dancer/choreographers like Stephen “Twitch” Boss of So You Think You Can Dance and Magic Mike XXL, and countless Ballroom couples (such as those on Dancing With the Stars), who have primarily met their significant others through dance. A little closer to home, there are countless couples right here in our local dance scene who’ve not only met on the dance floor, but who have gone on to be married. Several Salseros, Sambistas and ATOMIC staff and patrons met this way and now dance their way through marital bliss!

It’s good for your body and brain
The health benefits are almost too lengthy to list; from increased brain function to improved coordination, muscle tone and development, balance, strength, stamina, posture and more. Some types of dance provide excellent cardio exercise and can burn a ton of calories, while other styles help to maintain ones fitness level. An Italian study showed that people with heart failure who started dancing improved their heart health significantly compared to those who walked or biked. The numerous benefits far out way any potential drawbacks.

You’re constantly learning while sharpening other skills
A study in The New England Journal of Medicine shows that dance can help boost memory and prevent you from getting dementia as you age. It also improves motor skills, both non-verbal and verbal communication skills, discipline and more.

Reduce stress and increase happiness
A recent study in the Journal of the American Medical Association showed that teenagers in Sweden who took dance classes twice a week reported fewer stress related symptoms such as anxiety and persistent fatigue than teenagers who did not dance. There are countless other studies showing similar findings of how dance alleviates stress and contributes to overall well being and happiness. Dance and other aerobic exercise increases the brain’s production of endorphins, which affect your mood and energy level. It is also keeps young people active, engaged and out of trouble!

It helps preserve culture and tradition
All around the world throughout history men and young boys have learned traditional dances which have played a significant part in storytelling, courtship rituals and other rights of passage markers, in addition to other important customs which pass cultural tradition down from generation to generation. Worldwide, dance accentuates ones manhood, rather than diminishing it. Although dance may not necessarily be as much of an integral part of growing up in every American household, it has become in essence essential to traditions ranging from Presidential Inaugurations to weddings and other such special occasions.

It’s pure and simple fun!
Just think about the fact that many dances are done for celebratory occasions such as weddings, parties, school dances, and at sports events during half time and touch downs. Now think about how many times you’ve been on the sidelines at an event watching others have the time of their lives dancing and wishing that you had the moves or guts to join in? You don’t have to keep missing out on all the fun. Usually people are smiling, laughing and having a good old time while dancing, as it’s a joyful activity that increases feel good chemicals in the brain. As enjoyable as it can be to watch, it’s much more fun to do.

Two non-dancers, Jimmy Fallon & Gov. Chris Christie doing classic “dad dances” (for those who may be rhythmically challenged and could care less)!

A sense of achievement and incredible bonding experience
Learning new and complex patterns provides a great feeling of achievement, while working through challenges as a team has proven to be a valuable team building tool and bonding experience in the business world, just as it is in the dance world. This Father’s Day share the gift of dance with your father, son, spouse or other special man in your life. More than just movement, it can be a great bonding experience with your loved one and fun activity that will bring you joy, health and long lasting memories.