Dancing With the Stars 10th Anniversary! 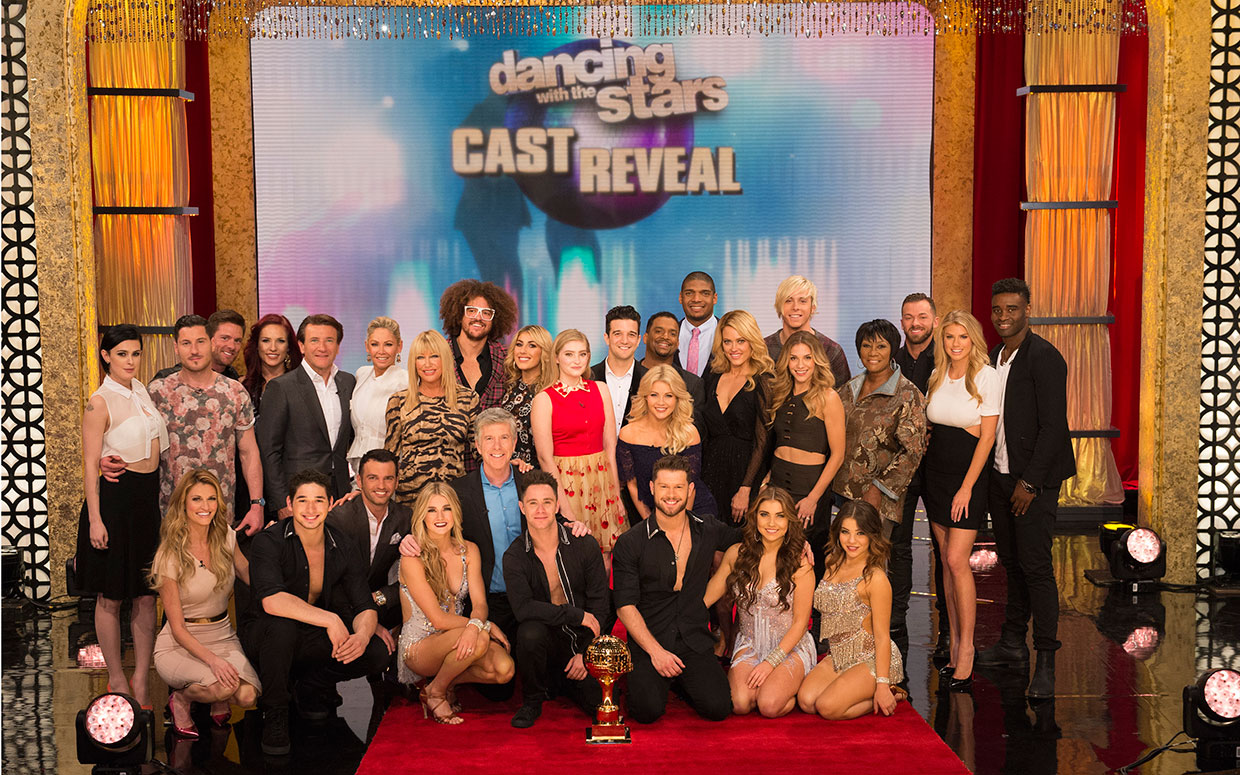 It’s back… and bigger than ever!
The smash hit TV competition series Dancing With the Stars is back for it’s twentieth season. For those who are wondering how twenty years have flown by so quickly, the show has actually been on the air in the US for ten years, filming two seasons per year.

After hundreds of routines, costume changes, and previous contestants from a cross-section of the entertainment world, DWTS returns with many familiar elements including eliminating couples the following week after combining two weeks worth of judges scores plus audience votes. This season will see the return of the house orchestra from last year, Ray Chu Live, along with regular judges Carrie Ann Inaba and Bruno Tonioli. Former pro and mirror ball champion Julianne Hough is back for her second season on the judges panel. Reportedly this will be head judge Len Goodman’s final season on the show as a judge. Most of the current pro’s have returned this season, including five time champion Derek Hough, who had previously announced he would not be returning. Notably absent are show veterans Cheryl Burke and Karina Smirnoff, both, who after 16 seasons, have left to pursue other ventures. However, one of this season’s surprises comes from two time champion Kym Johnson, who appeared on the show from Season 3-16, and following a two year absence, has returned for this milestone season.

This years cast hails from a wide cross section of the world of entertainment. From former Olympians to NFL players,young movies stars to music icons; there is someone for every viewer to identify with and route for. This cast features the youngest contestant in the history of the show (fourteen year old WILLOW SHIELDS, from The Hunger Games film franchise); the oldest participant this year is R&B music legend PATTI LABELLE; Former Three’s Company star and TV icon, SUZANNE SOMERS; LMFAO pop star and son of MoTown founder and music mogul Berry Gordy, REDFOO; Pop singer and Derek and Julianne Hough’s cousin RIKER LYNCH; Actress and daughter of Hollywood icons Bruce Willis and Demi Moore, RUMER WILLIS; Five time Olympic medal winning gymnast NASTIA LIUKIN; Farmer and ABC’s The Bachelor star, CHRIS SOULES; Business mogul and TV’s Shark Tank star ROBERT HERJAVEC; Model CHARLOTTE MCKINNEY; Army veteran and fitness model NOAH GALLOWAY, who mesmerizes and inspires as he attempts to dance with one arm and leg amputated; and NFL player MICHAEL SAM (historically most football players have done very well on this show, with many at the top, including 3 wins).

While attending ballroom socials at ATOMIC, you can also join other patrons and place your bets on who will be eliminated each week. You can even click on the contestant’s names in this post and link to a page with their numbers, and cast your own vote during the designated window!
If you’re currently doing any ballroom dancing, or even just thinking about it, it’s fun to watch other non-professionals share some of the same high’s and low’s (and adventures) that the rest of us go through in our own individual dance journey’s. It can be very inspirational and in other cases simply entertaining! Who would you place your bets on to win the title and new golden mirror ball trophy this year?

If you haven’t watch in a while, or perhaps not at all, this is a season that you won’t want to miss.
There are sure to be special surprises in store for this special anniversary season!