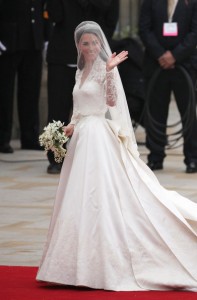 I would love to talk about dancing today, but like the rest of the world, I’m caught up in the details of the wedding of Prince William and Kate Middleton.  The dress, the ceremony, the hats (have you seen some of those?), the first dance…ah ha!  I knew I could find a connection to dance somewhere.

While Kate was practicing her signature using the new title that was bestowed upon her and her husband today during the wedding (Duke and Duchess of Cambridge), William was working hard to practice for his first dance with his wife.

William and Kate chose the waltz for their first dance as a married couple.  William confessed to his colleagues that he was “worried [he] had two left feet” and didn’t want to step on his wife’s toes.  He may be a prince, but Prince William was just a nervous as any other guy when it came to his first dance.

The waltz is a classic and timeless choice for a first dance.  It’s graceful, elegant – and a little more difficult than it looks.  The challenge comes in making each and every movement fluid and continuous as you move across the dance floor.

What makes the waltz the waltz as opposed to other dances is that it is danced in triple time.  You here that triple time movement in waltz music, where the first beat is the one with the most emphasis.  It sound like ONE two three ONE two three.  Take a listen to this classic waltz to get a feel for how the music and the dance integrate together (move the player to the 2:00 mark as that’s where the traditional waltz rhythm and tempo starts).

While dancing the International Standard Waltz the couple maintains their closed position at all times; that is, they never break their embrace.

The waltz was first written about in 1580, where it was seen being danced 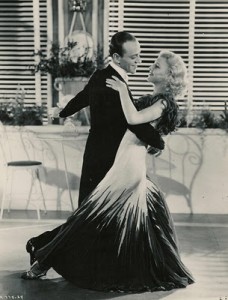 in Bavaria, and was probably a combination of several folk dances, including the Ländler.  The Ländler includes a hopping step, which was changed to a gliding step when the dance became popular in the cities during the 19th century (side note: if you’d like to see the Ländler, it’s danced in The Sound of Music by Maria and Captain Von Trapp during the party scene) .

Today the waltz can be found all over the world and in a variety of dance styles, including tango, Cajun dancing, and just because we have to be different than our counterparts across the pond, there is an American style version of the waltz (where connection with your partner is almost entirely broken during the dance).

No details have been released yet regarding the couple’s first dance, but I’m curious to hear what they chose for their first song.

Congratulations to the happy couple, and I wish you a lifetime of joy and happiness.