How Do I Ask a Lead To Dance? Tips and Tricks

Asking a lead to dance can be a daunting prospect for a follow. For those who have worked up the nerve, but aren’t sure how, I’ve put together some tips and tricks to get you started. They are both from my experience and from a few leads who generously offered their input while I was writing these articles. (Thank you gentlemen!)

In order from subtle to overt:

– Have you ever sidled up to a lead mid-s 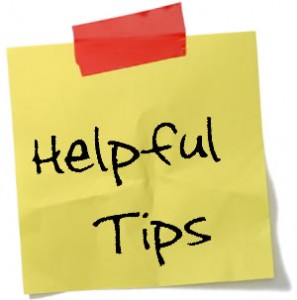 ong, stood or sat next to him, and just kinda grooved to the music? If so, then congratulations! You’ve already asked a lead to dance.

According to one lead who is fond of this method, leads often do pick up on follows using this type of non-verbal cue and sometimes ask her for the next dance. Beware though. Another lead who dislikes this method warns that it can be extremely creepy, and believes that the direct approach is always the most favorable.

Upon further reflection, I think that this method probably works best when you’re not actively focused on getting a dance from one lead in particular. There’s a big difference between awkward hovering, staring, and paying a lot of attention to a lead (Creepy); and leaving an empty chair between you and the lead, actually watching people dance and enjoying the music, and not expecting the lead to ask (Not So Creepy).
– Take a group class before the dance. I’ve found that not only is a lead more likely to ask a follow to dance if technically he’s already danced with her in class, but it’s less intimidating to ask a lead to dance if the ice has already been broken by partnering in class.

– Strike up a conversation with a lead. When a new song begins, a lead will often ask the follow he’s been chatting with to dance. Even if the lead doesn’t ask, it can be an easy, natural way for the follow to ask.

Just remember; if the lead turns you down, don’t take it personally. He may simply be resting, he may be a timid beginner, the music might be the wrong speed for him, or any number of things. Plus, consider that the leads face rejection all the time so if nothing else, chances are that they at least respect any follow who’s brave enough to ask.

As with all social interaction, there are often ambiguous and unwritten rules about what to do, and what not to do. My next installment is about the do’s and don’ts of asking a lead to dance.

About the Author: Robin

Robin began tap and ballet dancing at age 3 1/2. She was introduced to partner dancing while attending college, and spent many evenings swing dancing at The Derby in Los Angeles. Lately, she's become a regular at ATOMIC Ballroom's lindy hop dances, and goes to Strutters' Ball whenever possible. Robin has also been known to break out her ballroom, Latin, and West Coast swing on occasion.