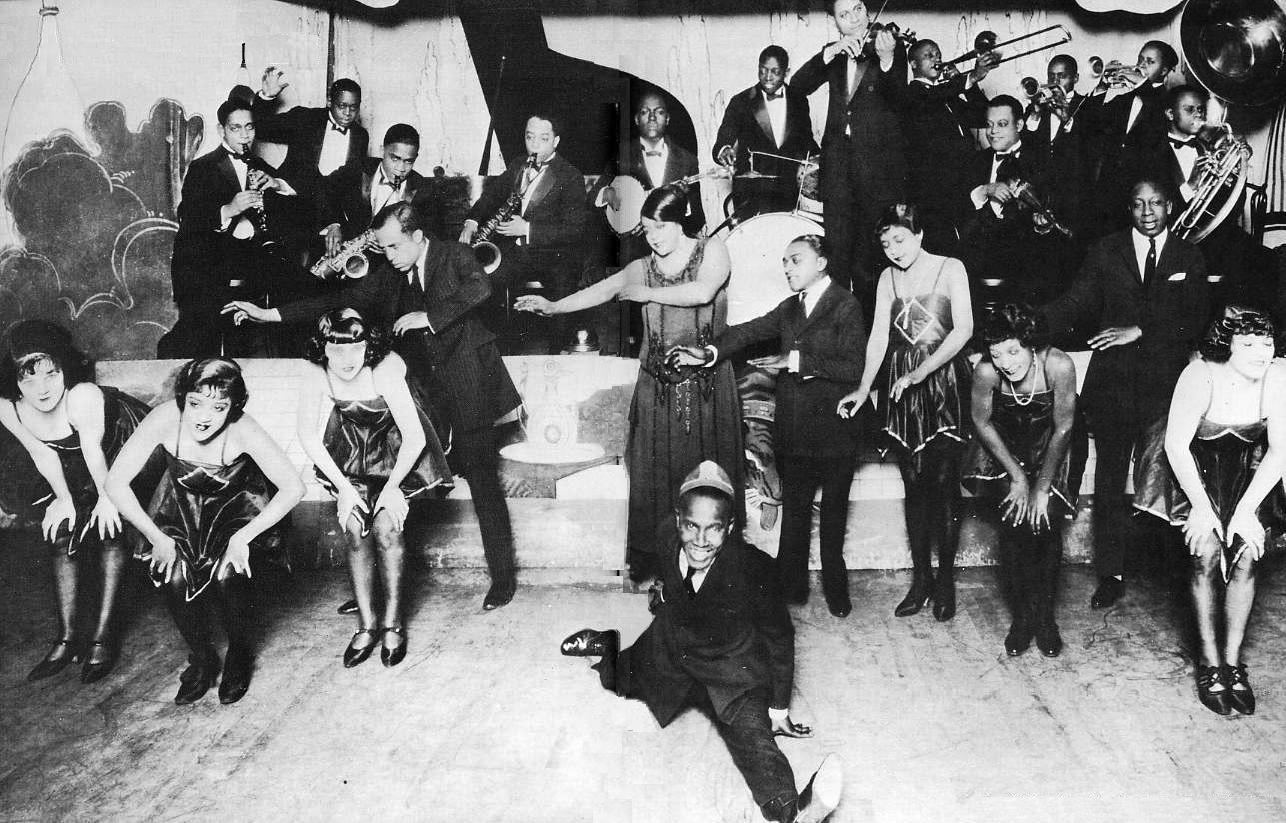 Black Bottom refers to a dance which became popular in the 1920s, during the period known as the Flapper era.

The dance originated in New Orleans in the 1900s. The theatrical show Dinah brought the Black Bottom dance to New York in 1924, and the George White’s Scandals featured it at the Apollo Theater in Harlem 1926 through 1927 where it was introduced by dancer Ann Pennington. Jelly Roll Morton, jazz player and composer, wrote the tune “Black Bottom Stomp” with its name referring to Detroit’s Black Bottom area. The dance became a sensation and ended up overtaking the popularity of the Charleston, eventually becoming the number one social dance.

“The Original Black Bottom Dance” was printed in 1919. It came from an earlier dance called “Jacksonville Rounders’ Dance” printed in 1907. The word “Rounder” was a synonym for “pimp”. Both “dance-songs” were written by black pianist/composer/dancer Perry Bradford and were based on a dance done in Jacksonville, Florida “way back”. One professional dancer stated, “That dance is as old as the hills” The dance was well known among semi-rural Negroes across the South. A similar dance with many variations had been commonly used in tent show performances, and “Bradford and Jeanette” had used it as a finale. The dance was featured in the Harlem show Dinah in 1924, and then “The Scandals of 1926″, whereupon it became a national craze.

Bradford’s version printed along with the sheet music
Hop down front then Doodle back, (Doodle means slide)
Mooch to your left then Mooch to the right
Hands on your hips and do the Mess Around,
Break a Leg until you’re near the ground (Break a Leg is a hobbling step)
Now that’s the Old Black Bottom Dance
Instructions for the Mooch are “Shuffle forward with both feet. Hips go first, then feet.”

The rhythm of the Black Bottom is based solidly on the Charleston.

The comedy musician Spike Jones who became popular in the 1940s performed a jaunty cover of the “Black Bottom”. His version released on 78 RPM records repeated a single measure of a piano solo in the middle of the song several times, each time continuing with a loud “crack!” as a joke to make the record sound broken.