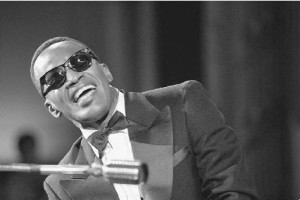 On September 4th dancers will be descending on Top Cats in Placentia for 1st Saturday Swing’s Swing and Soul Party.  Nikki Marvin and Mikey Pedroza are going to show all you Lindy Hoppers how to take the dance moves that you already know and love so you can dance to the music of the ‘50s, ‘60s, and ‘70s.

So what exactly is soul music?  Unlike the innocent doo-wop music that came out of the Big Band era, soul music was a combination of rhythm and blues and gospel music.  Like swing and jazz, soul music came directly out of the African American music.  Soul music has been described as “secular testifying”, complete with infectious rhythms, hand clapping, and melodies that you can’t help but move your body to.  Ray Charles is often credited with being the first pioneer in the genre with his song “I Got a Woman,” a pivotal song not just for the artist but also for the direction of American music and culture.

Some of the gospel elements that were incorporated soul music include the “call and response” – the singer sings a verse and vocalists or instruments respond with complimentary harmony or lyrics, and these are parts where the audience can jump in and sing along as well.  I always think of “Shout” by the Isley Brothers – it’s a song that always has everyone dancing to it singing the response of “shout!” and dancing like mad.

Motown Records would come to define the genre, so that soul music also just became known as “Motown”, although Stax Records Atlantic Records and were homes for artists like Solomon Burke, whose intense vocals add a gritty and sensual edge to soul’s slower sounds.  Later artists like Al Green would smooth out the soul sound, but the definitive beat and gritty vocals are still present.

If you’re new to soul music, here are a few artists to whet your appetite:

– Diana Ross and The Supremes – My World is Empty Without You

– The Temptations – Ain’t Too Proud to Beg

– Gladys Knight and the Pips – I Heard it Through the Grapevine