Dances with Films: The Modern Movie and Dance 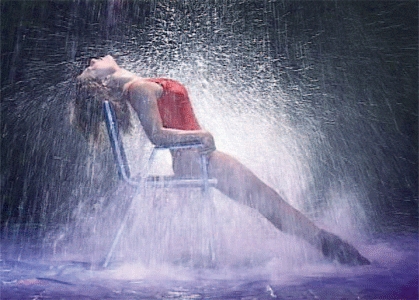 Dancing and movies are a great combination. Much to my delight, there has been a resurgence of dance in movies as of late. The following is a short short list of iconic dance movies that are on the top of my must watch list. Share with me what’s on your must watch dance movie list.

I have to confess- Flashdance is one of my guilty pleasures.  Set against the backdrop of Pittsburgh Jennifer Beals stars as Alex Owens, a welder by day and exotic dancer by night who dreams of attending ballet school.  It had been so hyped up to me as a child of that when I finally saw it as a teenager I was, quite frankly surprised.  It was nowhere near as taboo as what I had been led to believe.  What surprised me is that the “exotic” dancing is more of costumed-up and modern solo pieces than they are strippers and a pole.   The talented dancer and choreographer Marine Jahan created and danced all of the fiery and explosive routines for the film, and remained uncredited until recently.  Anyways, love triumphs, Alex faces her fears and the stuck-up judges at the ballet school, and the ‘80s got treated to a killer and quintessential soundtrack.  So take your passion, make it happen!  And enjoy this video.

We can’t have a list of dance films without mentioning this one, can we?  Nope.  Dirty Dancing did for partner dancing what Flashdance did for dance in general – smacked you right in the face with it.  While I wouldn’t say it’s a great film, I would say that it does hold a special place in my heart.  This was the first time I ever saw partnered dancing and thought “I want to learn how to do that.”  I would watch the dance scenes over and over and try to replicate the footwork and try to get my very unreluctant brother to be my dance partner.  The dancing between instructor-Johnny (the classically trained and recently departed Patrick Swayze) and Frances “Baby” Houseman (Jennifery Grey) happens against the back drop of social and cultural issues of the 1960s, and Swayze and Grey burned up the dance floor and, for me, took ballroom dancing off of it’s pedestal.  And come on, we all wish we looked that cool just jumping off a stage.

Baz Luhrmann directed this lovely dance flick from Australia.  Scott Hastings is a loose-cannon dancer whose new dance steps are not “strictly ballroom.”  Fran is an enthusiastic but beginner dance student who asks to be Scott’s partner when his rebelliousness drives his former partner away.  Together they turn the ballroom dance world on its heels, and what I love about this film is that even though they’re (spoiler alert!) disqualified, they give their all to the dance anyways.  If I have a special place in my heart for Dirty Dancing, I think Strictly Ballroom has an even bigger place in my heart because I watched it for the first time with my grandma.  Grandma has always loved to dance and to watch dancing, and it brings back so many fond memories of spending an afternoon with her watching ballroom competitions.

I have to admit that when I heard Chicago was getting the Hollywood treatment, I was skeptical as so many adaptations fall short of their Broadway counterparts.  Chicago surprised and delighted me, and the dancing, quite frankly, was stellar.  I was thrilled and impressed that the cast not only did their own dancing but did so with heart and soul and spirit.  Richard Gere learned to tap dance for his role, I was blown away by Catherine Zeta-Jones’ movements.  She didn’t play Velma; she was Velma, through and through.

I’ll just leave it to the Merry Murderesses to show you how it’s done.

This documentary follows a gaggle of 11-year-olds who are thrown headfirst into the world of ballroom dancing.  For ten weeks these NYC kids go from your average pre-teen to learning how to be “ladies and gentleman” on – and off- the dance floor and become true competitors.  The documentary follows three of the sixty schools around NYC that participate in this competition every year, as well as the triumphs and the tears of the competition.

Unlike the boy-meets-girl, boy-and-girl dance, boy-and-girl fall in love story that seems to pervade most dance films, Take the Lead is about using dance to change the lives of troubled young teens.  Based on the true story of Manhattan dancer Pierre Dulain who, after seeing a teen vandalize a car late one night, convinces a school to let him teach dance to the kids that everyone else has written off.  Again, this movie resonated with me – as I watch music, dance and arts programs go the way of the Dodo in our local schools, I wonder where I would be had I not be exposed to dance at such a young age.  It’s also a lot of fun to see the teens infuse hip-hop and their own styles of dancing into ballroom.