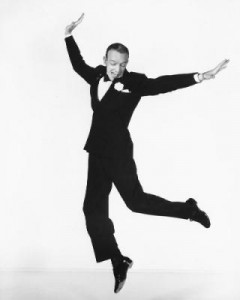 Vintage films are filled with wonderful dance scenes that just aren’t replicated in modern film anymore, especially ballroom dance scenes. There’s a magic and elegance watching a couple twirl across the dance floor, and have inspired many of us to want to learn how to dance with a partner in the first place. So without further ado, I’m pleased to present my favorite Top 10 Vintage Film Ballroom Dance Scenes. Yes there’s a lot of Fred and Ginger, but no other couple had as many onscreen dances as this duo.

And, if you’ve always wanted to make like Fred and Ginger, come by the ATOMIC Ballroom on Saturday nights for our Ballroom Dance!